Before creating any campaigns, we always try our best to understand our target audience. That means asking the right questions, talking to friends, and scouring various blogs and articles to discover what resonates with the target audience. 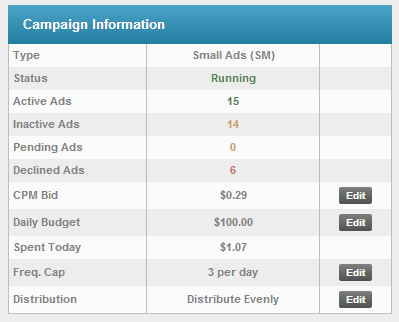 While the younger demographic may not be considered as valuable to certain advertisers, they are highly receptive to a myriad of messages and tend to click a lot.

The key goal then is to harness their impulsive tendencies with a more substantive message. With that, I began to think about the various circles by which young people identify themselves and a major group was the “Gamer” crowd.

I then targeted males ages 18-21 in the US with a login count of <50, while excluding mobile devices. The CPM was a bid of $0.29 to start with a frequency cap of 3 per day. If I did it over again, I'd probably increase the age range and the login count to cover more ground.

With the above in mind, I gathered some previously successful images along with a straight-forward headline and created the ads. Here’s an example of one: 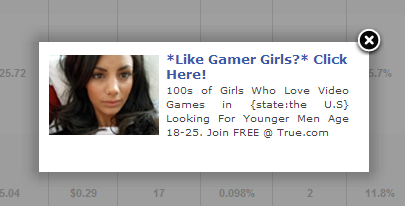 As you can tell, these are some incredibly basic creatives. Yet, they yielded some great CTR. Once I had the creatives down, I was ready to move forward with a landing page.

I usually take a “why re-invent the wheel” approach when first creating a landing page for a new angle.

I quickly grabbed a landing page style which had previously worked for me on other campaigns and gave it a slight tweak with the “gamer” angle in mind.

Below is a screenshot of the landing page (view it here): 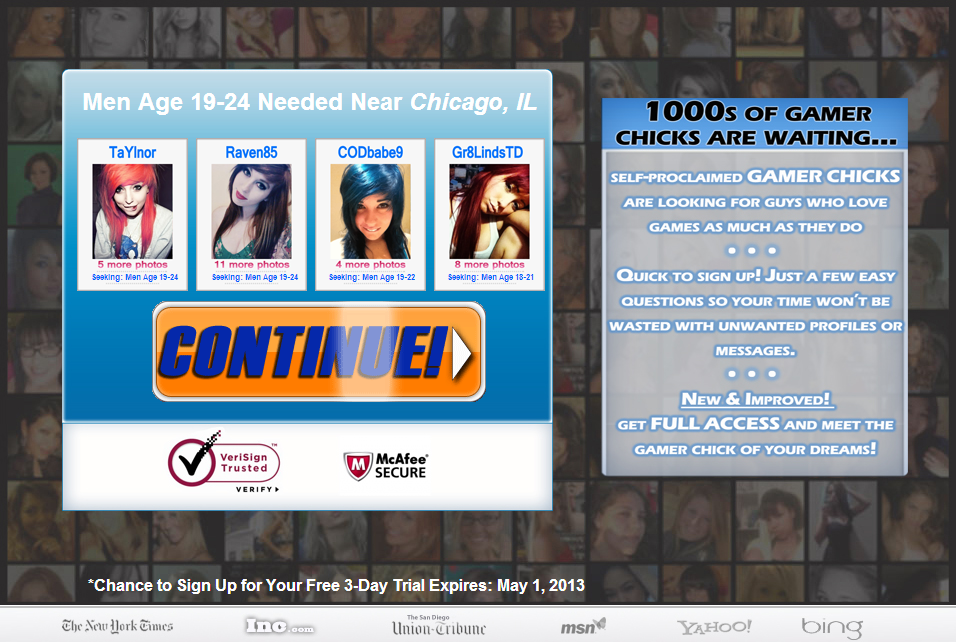 After a brief glance, you’ll notice that the landing page used here is incredibly simple. I tested it against other landing pages later on, but found that this one performed better overall.

Using some tokens and a geo script, this landing page was both versatile and effective.

But that’s enough about the setup, let’s take a look at the results…

Without further adieu, here are our stats from Ppro: 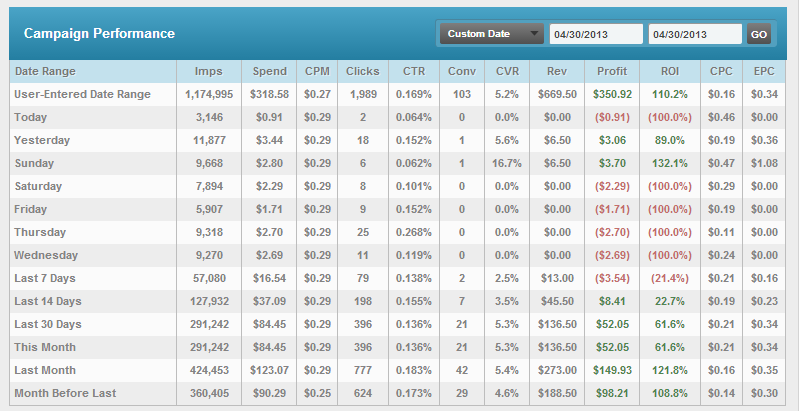 What we have here is the definition of a successful campaign. It looks like it’s experiencing some burnout after a couple months, but before we get lost in the numbers, let’s explore them a little bit.

As you can tell, the performance of this campaign has appeared to especially slow down over the last week, but that doesn’t mean it’s dead.

Just a small tweaking of the creatives, or split-testing the headline could bring this thing back to high-performance. We let this sit around and really didn’t do much with it (the volume for Gamers was a bit low compared to what we were doing at the time).

Speaking of creatives, let’s take a look at our individual creative performance. 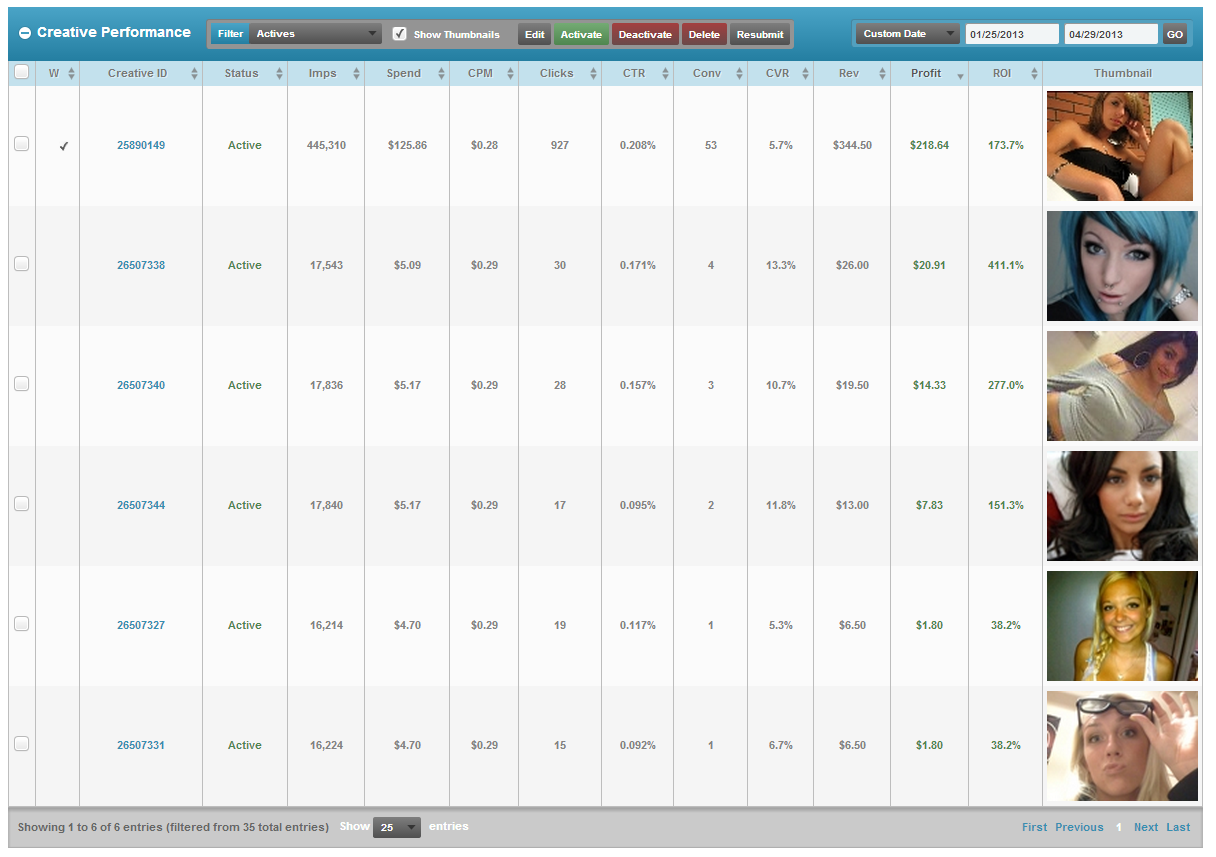 Immediately, you can tell that one creative has many times more impressions than the others. That’s because some creatives were retroactively declined, suddenly leaving just one creative to exist.

Rather than pause the campaign, I decided to let it continue to run with one creative alone to determine whether or not it would burn out.

To my amazement, it held up, averaging an ROI of 174% by itself. However, it seems that it would have been higher had recent performance not dragged it down. To keep this going we would definitely need to rotate in a slightly different angle.

With an overall click-through rate of 49%, and conversion rate of 5.2%, it has proven to be a successful landing page even though the conversion rate is a bit low (we were bidding low, remember?).

Once you have accumulated a lot of assets over time, it becomes much easier to get things going since you have a bunch of stuff that has a high chance of working.

I decided to share this campaign with you to show you just how easy it can be to find a profitable campaign in POF with just a little bit of knowledge of your target demographic, some creativity, and good data analysis.

Now, it won’t always be this easy to make it work right away, especially broadly targeted campaigns, but it always seems really hard when it’s not working. When it works, you feel as if you didn’t do anything special.

I targeted only males 18-21 in the US with this campaign, but that doesn’t mean other demos wouldn’t perform just as well with this angle. Get creative with your angles!

There is still a lot of room for improvement here with the landing page, and while the campaign may be slowing down, it certainly is not dead. So take this campaign, the lessons here, and see what you can do with it.

I hope it brings some inspiration for some new campaigns or at the very least allow you to quickly generate some profits!

Hope you liked the case study, and if so, we’ll try to do more of these 🙂