Lazy loading – deferring loading objects until they are needed – is becoming more common given it increases the efficiency of websites by only loading content that the visitor will actually view. This means that the content above the fold of the page will be the only content to load. Anything below that fold will sometimes not load until a visitor navigates towards them.

Google announced that they will be enabling lazy loading by default on Chrome 75 beginning in May, 2019.

What does this mean for pixel tracking? If you have an iframe or image pixel placed below the fold it will not always be automatically loaded and could cause some clicks (via LP pixel) and conversions (via iframe or image) to not track.

Our team here at ThriveTracker has released an update to the below pixels to support this update by Chrome.

Our team added in loading=”eager” to our pixel codes to get around lazy loading and allow the pixels to fire whether they are placed above or below the fold of a page. 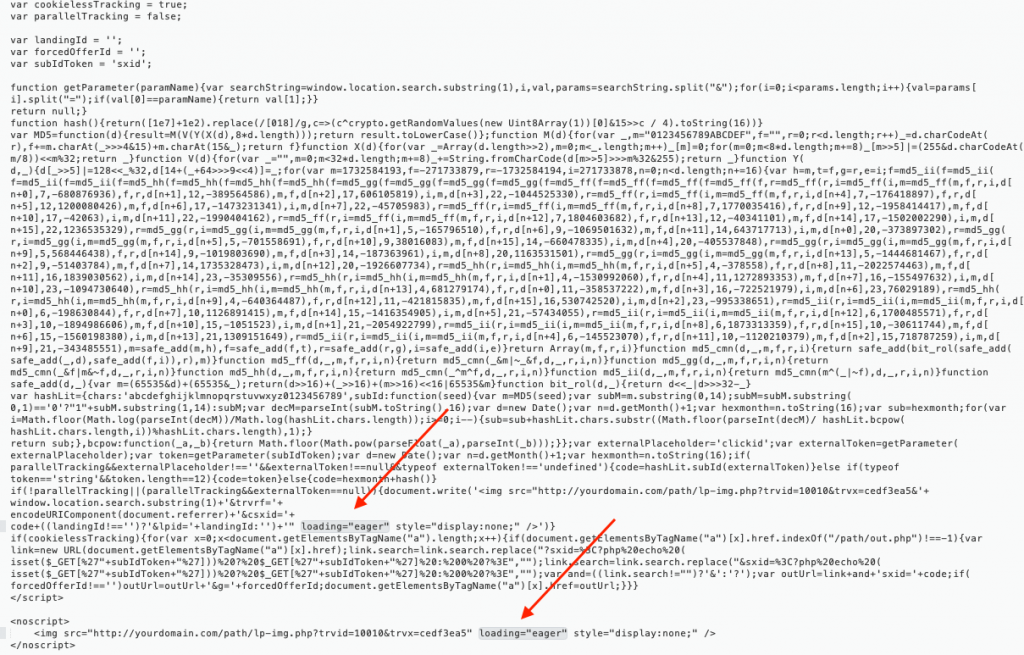 This addition to the code will not alter the current pixel state or behavior of any that are already in place. However, we highly recommend pulling an updated version with this new code if you are: